I have had a beard, and been a beard enthusiast since I was a teenager. I have only not had a beard (of some sort) once as an adult and it was for 4 very long days when I started a Nazarite Vow. I plan to have a beard until I die. It is not a passing fad. It is not something I picked up recently or that I will put down anytime soon. To me it is a sign that sets me apart. It marks me, if you will, as a man and specifically as a Catholic Man. I am not saying that men who can’t grow beards are not real Catholics. I am pretty sure one of my favorite new Catholic Brothers and another one of my longstanding ones might disagree, but I feel that beards signify more than just and healthy excess of testosterone. It turns out that I am not alone in feeling this way.

“The beard signifies the courageous; the beard distinguishes the grown men, the earnest, the active, the vigorous. So that when we describe such, we say, he is a bearded man.”-St. Augustine Exposition on Psalm 133

That’s right. St. Augustine man’s man, canonized Saint, Doctor of the Church, and part of the beautiful bearded B of Christ felt the exact same way. Not to mention that this quote comes from his Exposition on Psalm 133 which describes anointing your head, and beard, with oil. More on that below.

So a few years ago I moved to the PNW. When I told a lot of my fellow youth workers I was moving here the said things like, “that makes sense”, and ,”you seem like a west coast youth minister”. I will say as much as I am clear with with anyone who asks that, “I am a Texan who just lives in Seattle”, I love Pacific North West. I love the creative spirit and the DIY attitude. Most people in the PNW do something just a little bit hipster. Last year, just to fit in, I started to think about making my own beard oils. It seemed like something I would enjoy. I looked online for a few months at how to make them. I checked out different supplies, priced out tins, looked at essential oils planned out what I wanted to do and just stored all that information away for the moment I would finally decide to start making it.

Four months ago I decided to order some essence of chrism to make some chrism for my Confirmation program, RCIA, and some other classes I teach. I figured two ounces of chrism oil would be enough for the whole year with a little left over (it goes a long way). The minimum amount you can essence you can order is enough to make three gallons of oil. Over 350 time the amount I needed. That’s when it hit me. I needed to make Catholic beard balm.

It was not a joke. In the 133 Psalm it compares the pleasure of unity among the believers to having your head and beard anointed with oil. I wanted to experience that. I ordered some supplies and started messing around while I waited for the essence of chrism to arrive. I developed a basic recipe, I tested it, and I refined it. When the essence arrived I created three signature aromas and had the awesome team over at Parish Designer bring my vision for a logo to life. Barbatus Beard Balm was born!

So do all Catholic men eventually grow beards. I don’t know, but if I have something to say about it, they will. If you still are not convinced please think about the following. Adam, Abraham, Issac, Aaron, Moses, David, the prophets (at least the ones who didn’t rip them out recently), Joseph, JESUS, Peter, Andrew, the rest of the Apostles, the early Church Fathers, Clement, Francis, Augustine, Leo, Olaf, Patrick, Wilgefortis (no really click on the last one) are just the tip of the beard when it comes to the great figures of beardedness in our historical inheritance as Bearded Gospel Men.

You might be thinking this is the bluster of man who simply prefers to beard (and maybe on a some level a very small part is), but if it is I find myself in good company.

By the way, the title of this post is a HT to the post my good friend Edmund wrote years ago that he is afraid will haunt him forever. You can check that out here. I hope that neither of us ever outgrows the skinny jeans(him) or beards(me) that help shape our faith. 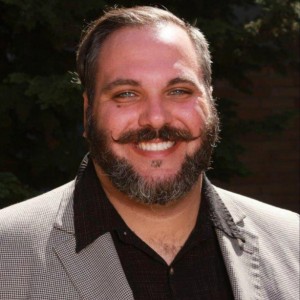 Tony is passionate about connecting our the goodness, truth, and beauty of Christ and his Church in concrete and accessible ways. Tony is one of the founders of ProjectYM and creator of Catholic Beard Balm. He is a internationally recognized speaker and trainer. Tony lives and works in a parish North of Seattle WA with his wife Tricia and four kids. You can book Tony here. http://click.projectym.com/booking-details

Tony is passionate about connecting our the goodness, truth, and beauty of Christ and his Church in concrete and accessible ways. Tony is one of the founders of ProjectYM and creator of Catholic Beard Balm. He is a internationally recognized speaker and trainer. Tony lives and works in a parish North of Seattle WA with his wife Tricia and four kids. You can book Tony here. http://click.projectym.com/booking-details

Join the conversation about All Catholic Men Eventually Grow Beards over in our Facebook group. GO THERE NOW
[insert page="sidebar" display="content"]