Come Aboard the Bandwagon

Come Aboard the Bandwagon

This is a slightly-modified version of a post I did for Canadian Catholic earlier this year.

This Sunday’s FIFA World Cup final features two soccer powerhouses:  Argentina and Germany.  The Catholic social media world has been all over the fact that its our current Pope Francis’ country (Argentina) vs. his predecessor Pope Benedict’s Germany.

It’s Argentina vs. Germany this Sunday

The heavy interest in this Sunday’s match reminds me of the hoopla surrounding another sporting spectacle:  the Super Bowl.

On February 2 the Seattle Seahawks trounced the Denver Broncos in Super Bowl 48. The highly-anticipated match-up between the NFL’s best defense (Seattle) against the league’s best offense (Denver) started off poorly for the Broncos and went downhill from there.

As part of the pre-game hype, I took a break from making Vancouver Canucks music videos to do a song for the Seattle Seahawks, cheering our southern west coast neighbours on (it has 160,000 hits on YouTube).

Here in Vancouver – given our proximity to Seattle – there was a lot of chatter about Vancouver adopting the Seahawks as their NFL team.  As well, there was a lot of back-and-forth between the loyal Seahawks fans and the newer fans leading up to the big game.  The “diehard fans” drew their line in the sand and warned the “bandwagon fans” to stay on their own side.

It didn’t make sense to me.

I’ve been a diehard and loyal Vancouver Canucks fan for practically all 39 years of my life.  I have fond memories of listening to the games on the radio with my father and my brother.  With the small number of games being televised back in the day, we were forced to use our imagination in visioning what the play on the ice looked like.

In recent years, and especially during the Canucks’ Stanley Cup run of 2011, I heard a lot of backlash against the bandwagon fans.

“I’ve been following this team through thick and thin for 30 years!” was a common mantra for the diehards.  “Where were you when the team was struggling?”

The short-sightedness of these comments was quite amusing to me. Many bandwagon fans are our future diehards.

I’ve always argued that bandwagon fans don’t cause any harm, and that diehard fans should actually encourage them, embrace them, and welcome them. Who am I – as a diehard fan – to judge the level of fandom in a person?  Is it based on how many trivial facts and stats you know?  Or maybe how long you’ve been following the team?  Is it how many games you’ve been to?  Or perhaps how loud you scream at the TV or how many beers you consume while watching?

As readers of this website, I will presume that you’re not so much into judging the cred of the people in the pew next to you- you’re more in the mindset of trying to get people on the Catholic bandwagon.

Me too. I’m currently investing in my next-door neighbour Mike. He’s my “evangelization project”.  His mother is a CEO Catholic (i.e. attends Mass at Christmas, Easter, and occasionally) and he had a pretty rough childhood as he lost his father when he was a teen.

We hit if off immediately upon meeting as we are both avid sports fans.  Whether we are coming home from work at the same time or taking out the garbage on Sunday night, we always make time for neighbourhood sports talk.  I understand him and he understands me – namely my love for my family and my faith (along with my love of sports).

In 2013 I challenged myself to invite Mike to Mass with me, and thankfully he accepted. He recognized a lot of my friends from hockey parties and other social gatherings and they were all happy to see him there. During Mass, I took the time to explain certain things to him – especially why we kept switching postures from standing to sitting to kneeling. Like sharing the intricacies of a sport, I communicated the meaning behind what happens, while trying not to come across as a know-it-all.

Mike was curious, inquisitive, and respectful.

This is at the core of the New Evangelization. Are we inviting fallen-away or potential new Catholics to experience the life of our church and faith? Are we doing everything we can to answer their questions?

I want people to see how passionate I am about my faith that they ask me about it. I want to exude joy and have them want to experience it too.

Back to Mike. Since December, he’s asked a couple of questions about what happened, and I’ve tried to answer them the best I can. I plan to bring him to Mass with me again in the near future. I know that my role is to walk with him and be there for him, much like Jesus on the Road to Emmaus.

Let’s go beyond accepting bandwagon fans; let’s be intentional about filling the bandwagons with our friends and acquaintances. After all, the victory parade we’re anticipating is way beyond anything you’ve ever seen, bigger than the Super Bowl and Stanley Cup put together.

So tell your friends to climb aboard, there’s plenty of room on the Catholic bandwagon.

Question: Do you have a “Mike”? Who are you trying to bring on the Catholic bandwagon? 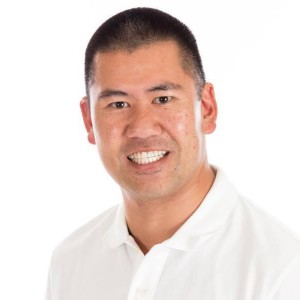 Join the conversation about Come Aboard the Bandwagon over in our Facebook group. GO THERE NOW
[insert page="sidebar" display="content"]