Sorry, Phil Robertson. You were wrong.

OK, no more venting. I promise. (at least in this blog post)

If you didn’t hear about Phil Robertson and his suspension from his A&E hit show, Duck Dynasty, then Google it. But make sure you read his GQ article (and only this article. Don’t go checking out the rest of the magazine) comments first, here.

I’m not going to write a blog defending the he said/she said/media spin/hysteria of the situation, but I am interested in something that Father Jonathan Morris posted on his Twitter/Facebook this morning.

#DuckDynasty 's Phil Robertson was wrong in tone and facts, but I wonder if quoting Bible re: homosexual acts will now get you fired.

I agree with him. Phil Robertson is a great model of a Christian husband and father who tries to live with God at the center of his life. He’s trying to know, love, and serve God and be an image of Christ to the world, in such a way as, to live with Him forever in the next. Thank you for being unashamed of your faith, Phil. We need more like you who will proclaim the Gospel boldly and fearlessly.

However, I’m going to have to disagree with his statement, when asked “What, in your mind, is sinful?“:

Is the homosexual act sinful? Yes. Is it the root of all other sin? No. I don’t want to put words in his mouth, but I’ll assume that, in his off-the-cuff no-nonsense style of speech, he didn’t necessarily mean that all other sin stems from homosexuality, but that is what the statement looks like and, therefore, I understand some of the knee-jerk reactions from members of our society. The Catechism of the Catholic Church goes on to say about homosexuality:

The number of men and women who have deep-seated homosexual tendencies is not negligible. This inclination, which is objectively disordered, constitutes for most of them a trial. They must be accepted with respect, compassion, and sensitivity. Every sign of unjust discrimination in their regard should be avoided. These persons are called to fulfill God’s will in their lives and, if they are Christians, to unite to the sacrifice of the Lord’s Cross the difficulties they may encounter from their condition.

Homosexual persons are called to chastity. By the virtues of self-mastery that teach them inner freedom, at times by the support of disinterested friendship, by prayer and sacramental grace, they can and should gradually and resolutely approach Christian perfection.

I encourage you to re-read one of my previous articles about my son, Liam, called “Who Am I?” Our deepest identity, who we are, is not our sexual preference. It’s not our careers, it’s not our marital status, it’s not as a father or mother, it’s not how much we have or don’t have, or what we’ve ever done.

Our deepest identity is the fact that the Father loves you. You are defined by your capacity to receive the Father’s love and be an image of Christ to this world.

Now all we need people to do is, just like Phil said in the GQ Article:

Put in your article that the Robertson family really believes strongly that if the human race loved each other and they loved God, we would just be better off. We ought to just be repentant, turn to God, and let’s get on with it, and everything will turn around. 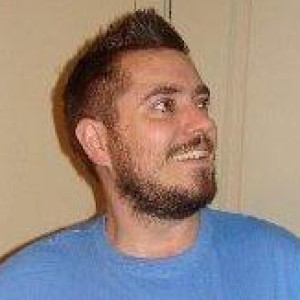 An Australian Catholic living in the USA, I am blessed to be husband to a holy wife, father to 2 amazing children, and Director of Youth Ministry for the Diocese of Baker in Oregon. I love stuff and talking about stuff. Keep checking out this blog for opportunities to reflect on your ministry, reviews on great Catholic resources, and ways to engage your youth in current events from the Catholic perspective. Follow me on Twitter: http://www.twitter.com/holyspiritdave

An Australian Catholic living in the USA, I am blessed to be husband to a holy wife, father to 2 amazing children, and Director of Youth Ministry for the Diocese of Baker in Oregon. I love stuff and talking about stuff. Keep checking out this blog for opportunities to reflect on your ministry, reviews on great Catholic resources, and ways to engage your youth in current events from the Catholic perspective. Follow me on Twitter: http://www.twitter.com/holyspiritdave

Join the conversation about Duck for cover! over in our Facebook group. GO THERE NOW
[insert page="sidebar" display="content"]