I was listening to a podcast the other day from Greg and Jennifer Willits. They were talking about the desire some of us have to be creative (writing books, music, plays, drawing, etc.). They commented that God has given us the gifts and the desire to create, and that it can also be a gift to others. As a musician and artist myself, I can totally relate to the constant desire to write songs and do graphic design.

When I was a youth minister, I was at a parish located on a college campus. All of our high school and middle school ministry volunteers were passionately Catholic college students.

This was in 2002, just before the explosion of American Idol, X Factor, America’s Got Talent, and about 1 million other talent shows. We were finding that the teens we saw every weekend had unique skills, but had no arena for showcasing them. Sure, the athletes, choir, and actors had their public spectacles, but what about the guy that rides a unicycle, or the girl that can juggle (sort of), or the scrawny contortionist?

We decided to have a night to celebrate the gifts that God has given our teens, and we called it “Giftstock.” (I’m still not sure if that is a great name or a horrible one.)

Giftstock wasn’t a competition, it was just an opportunity to entertain and be entertained. To find hidden talents and support one another.

I was a little nervous. What if someone get’s up there and is horrible. Maybe the other teens will make fun of him. This could backfire.

It was the exact opposite. The shy girl that got up and sang karaoke-style to some country song and never exactly nailed the right pitch got a standing ovation. The awkward guy that got up and played a song on the flute got just as many cheers as the cool guy that could do a back-flip. They really did support each other.

ARTS AND THE FAITH

Soon to be Saint Pope John Paul II wrote a play (turned into a movie), and I have a CD of songs inspired by his poetry. His 1999 letter to artists is one that everyone should read.

Beauty, in all its forms, should always point us to the source of beauty, and the ultimate Creator. The diversity in the Body of Christ and the gifts that we have should be seen and the glory given to God. In youth ministry, we need to recognize abilities, gifts, and skills that youth possess and give them an opportunity to share that and be affirmed.

This doesn’t mean we lie and tell a bad singer that she can make a living singing, but, well, I am neither a good singer or instrumentalist but have made a living for the past 10 years singing about ninjas and video games and speaking to youth – – so, maybe anything IS possible.

LEARN FROM MY MISTAKES

While I don’t think you need to screen for talent (if time is an issue, you could limit it to the first “X” number of people to sign up), it is good to think about the talents.

We had a teen who challenged two of our college student leaders to the “gallon challenge.”

For those not aware, this is where you drink a gallon of milk in one hour or less – believed to be nearly impossible. Well, good thing they each had a trash can, because, while sitting on the side of the stage, sipping their milk, they eventually all used their trash cans. In retrospect, that wasn’t a good idea.

Also, make sure to give your youth plenty of time to prepare. One week is plenty for some, but you might have some people that want to practice a skit, song, or routine.

Have them invite their friends. Pop some popcorn. Dim the lights. Make it a real performance and let them share their gifts. Expect to laugh, and to be genuinely surprised and amazed.

Who knows what gifts are hiding in your youth group? 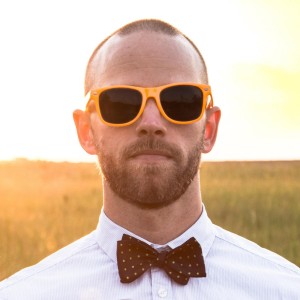 He is a terrible baseball player, a mediocre barber, and was runner-up to be his college mascot.

You can hear him in his daily podcast, The Kyle Heimann Show.

He is a terrible baseball player, a mediocre barber, and was runner-up to be his college mascot.

You can hear him in his daily podcast, The Kyle Heimann Show.

Join the conversation about Encouraging Creativity Within Youth Ministry over in our Facebook group. GO THERE NOW
[insert page="sidebar" display="content"]