Two hours a day…that’s all we got. For fear of us becoming summertime slugs stuck on the couch with our eyes glued to the moving picture box all day, my mother restricted my sister and I to only two hours of television a day during the summer. The rules would bend slightly when it came to TV Land (which explains my sister’s almost unhealthy obsession with The Andy Griffith Show) and some movies (I ruined the VCR tape of “The Runaway Bride” the summer of 2001), but for the most part, mom was quite strict when it came to the rule. And so, as a result of this hard-fast rule that would ruin summer for most kids, I had to find something else to do…

I would go to day camps at the local college (the only reason I can do the “Footloose” is because of the line dance course I took the summer of 1998). I’d spend a couple weeks with my grandparents up in Alexandria, though the TV rules were still applicable up there, so I would end up riding my bike for hours and hours around the neighborhood. I played the violin and piano, so a lot of time was just spent listening to the radio trying to figure out how to make the day’s pop hits somehow compatible with classical instruments.

But most of all, I would read. We had a green, over-sized arm chair in the upstairs playroom (family legend has it that it’s the chair my mother was sitting in when her water broke for me). I would curl up in the chair, which I was convinced had been built for giants, with a stack of freshly checked out library books and move only to refill my glass of lemonade and grab another snack. Day after day, page after page, book after book, I would enter into these other worlds, escaping the (often dull) reality of my TV-less, camp-filled summer.

I cast spells with Harry and went through the wardrobe with Lucy. I curled up at the feet of Gandalf listening to his carefully chosen words of wisdom to Bilbo. I swooned as Mr. Darcy danced (or didn’t) and giggled at the thought of Rhett Butler sweeping Scarlett off her feet. I wept when Juliet died in the arms of her Romeo and laughed as Puck played his tricks. I sat with Atticus on the porch, sipping sweet tea and thinking about what Boo Radley really looked like. I yelled at Brutus when he went to stab Julius. I rescued Ponyboy with Darrel and Sodapop. I scoffed at the arrogance and pitied the fear of Dorian Gray. I partied with Gatsby, I hid in the attic with Anne, I received the memories with Jonas. I threw the ring into the fires of Mordor, triumphant and victorious with Frodo and Sam.

These books were my script, my mind was the screen, and I was the full cast of characters. A few hundred pages could transport me to Hogwarts, Narnia, Nazi Germany or ancient Rome in a matter of seconds. I learned what it meant to be courageous, I discovered how to face your fears, I felt the warmth of love and the sting of betrayal from friends, and received the revenge enacted from enemies. These books were both self-help manuals and guidelines to living a life of virtue. They were my friends to spend time with and my family to love. Bound up and dusty, I’d open them and disappear into a world where fear and sorrow, pain and suffering, and joy and happiness would be experienced. The love affair I have with books is probably the greatest romance of my life (second only to how I fell in love with Jesus and my wonderful boyfriend, Tommy). It may have placed me in the “epic nerd” category and left me alone at the lunch table, but that was okay…I’ve always had a book that would keep me company.

When I went off to college, the focus of my reading shifted to Theology. There I met Thomas Aquinas and Augustine, intellectual giants I always pictured holding pieces of clouds as pom-poms while they cheered me on as I’d stay up late into the night reading their texts on some complex theological concept. I spent time with Rahner, von Balthasar, Guardini, and Sheed. I’d visit with Chesterton and Lewis, dream of playing ping-pong with Peter Kreeft or having a beer with Scott Hahn (one of those bucket list items has since been checked off), and I’d beg the intercession of the Early Church Fathers as I read their treatises against heretics and non-believers. I’d cover the pages with annotations and stick tabs off to the side to remember my favorite parts…The bigger the book, the longer it took to read, the more my mind expanded. The adventure now extended beyond the fictional realm into the eternal, and I met the greatest subject of any book ever written – I met the Word, from whom all other words filling other books flow.

A rule I initially hated was perhaps the greatest gift my mom ever gave me. Limiting me to only two hours of television, thus forcing me to escape into thousands of worlds I’d have to picture for myself, was my mother’s way of forming my imagination. Reading made me creative…it made me curious. Books answered my questions and forced me to ask even more…I would simultaneously feel enlightened and confused. Books caused tears and incited yelps of both joy and pain. A book was a constant companion – if I had to wait for mom or dad to pick me up from school, I’d have a book to pull out to keep me occupied. If I got bored in a class, there was always a book. Sitting in a waiting room, going on a road-trip, drinking martinis in the airport bar while waiting for a yet again delayed flight…I don’t go anywhere without a book (or a few).

In a world where 5 to 12 inch screens deliver most of our information and incite many of our emotions, books are sometimes forgotten. In the name of efficiency and for the salvation of trees, we read on a Kindle or iPad. Libraries are empty and bookstores have to sell random and useless knickknacks just to reach their revenue quota. In an age where everything is instantly revealed within a few clicks off a Google search and a quick skimming of a couple pages of text, there is something antiquated about pages held together by glue and string sitting on a shelf. But oh what wonders those pages contain…what truths can be discovered, what adventures wait, what friends can be made! The greatest gift you could give yourself, or anyone else, is a book, because it is the gift that continues to give. No parent could do better for their child than to encourage them to read and no friend could show more affection than by giving a book they know is appropriate for a particular situation.

As people engaged with teaching the faith, in a myriad of ways, it’s important that we are educated and capable of effectively (and correctly) explaining concepts. This requires reading and studying so we’re prepared for the talks we give, the youth nights we lead, the conversations we engage in with our students, and as an added bonus, we will experience growth ourselves. The Jesuit Karl Rahner spoke of the concept of the infinite horizon, comparing a journey at sea to the process of studying theology. The further we get out in the water on our ship the further away the horizon will get. We will never reach it because, as we all know, the earth is round. The horizon is just an allusion of a line of the end of the journey, even though we will continue to go around and around the sphere. The same is true of our study of God – we will never know it all, never have a complete mastery of every theological concept, and that’s perfectly alright! If nothing else, never knowing it all should be the catalyst to read, study, write, and teach even more!

In the next few weeks I will be starting a new series that will give suggestions on what books every youth minister needs in their library. The series will be called “Fill Your Shelves” and be split into a few posts based on the four main areas of Theology (Systematic, Historical, Scriptural, and Moral) and then a few posts about a myriad of other topics (mission & vision for youth ministry, contemporary topics/pop culture, and relevant fiction). If you have any suggestions or favorites you’d like to lobby to be included, shoot me an email or comment on this post and I’ll check them out! 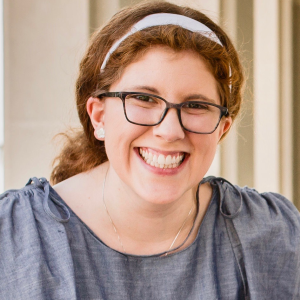 Join the conversation about Fill Your Shelves: Introduction over in our Facebook group. GO THERE NOW
[insert page="sidebar" display="content"]