How Do I Define the Win in Ministry?

How Do I Define the Win in Ministry?

Let’s dive right into Mark chapter 4, right in the middle of the story.

I want to focus on just one of those stories.

It’s a story that most people have never heard. And those of us who have, well we’ve probably written it off as one of those crazy “Jesus stories”. You know, things that Jesus did that don’t really have much bearing on us and our lives 2,000 years later…

“On that day, as evening drew on, [Jesus] said to [his Apostles], ‘Let us cross to the other side.’ Leaving the crowd, they took him with them in the boat just as he was. And other boats were with him. A violent squall came up and waves were breaking over the boat, so that it was already filling up.” (Mark 4:35-37)

Now, this part of the story you’ve probably heard many times before, so let’s speed through what happens next: 1) The Apostles freak out; 2) They wake up Jesus; 3) Jesus calms the storm; 4) The Apostles are super impressed.
Let’s keep going:

“They came to the other side of the sea, to the territory of the Gerasenes. When he got out of the boat, at once a man from the tombs who had an unclean spirit met him. The man had been dwelling among the tombs, and no one could restrain him any longer, even with a chain. In fact, he had frequently been bound with shackles and chains, but the chains had been pulled apart by him and the shackles smashed, and no one was strong enough to subdue him. Night and day among the tombs and on the hillsides he was always crying out and bruising himself with stones.” (Mark 5:1-5)

So when Jesus gets to the other side of the sea, there’s a crazy, possessed, naked man waiting for him. A man that cannot be subdued, restrained or shackled. But Jesus is not afraid. He’s not even freaked out. He walks right up the man and casts the demons out of the man and into a nearby herd of pigs. The pigs (two thousand of them) run themselves off a cliff, into the water and drown.

When news of this miracle spread and people began to gather … Jesus and his Apostles climbed back into their boat to leave.

“As [Jesus] was getting into the boat, the man who had been possessed pleaded to remain with him. But [Jesus] would not permit him but told him instead, ‘Go home to your family and announce to them all that the Lord in his pity has done for you.’

Then the man went off and began to proclaim in the Decapolis what Jesus had done for him; and all were amazed.”  (Mark 5:18-20)

It’s Not About What’s Comfortable or Consistent

Far too often in ministry we stick to our comfort zones. We stick to what we already know. We stick to what we’ve always been doing. Maybe because we think it’s successful, but more often than not, it’s just because it’s what we’ve always done. For some reason, we feel the need to be consistent. For some reason, we’ve become so afraid of change. But it’s not about what’s comfortable and consistent.

It’s Not About What’s Easy

How often do we just stick to what’s easy? How often are we satisfied doing the bare minimum? I’ve talked to so many youth ministers who’s ministry has become just a job. They clock in, do whatever work has to get done that day, clock out and head home.

Yeah, doing the bare minimum is easy. But it’s not about what’s easy.

It’s Not About What’s Safe

Ministry isn’t safe. It’s not neat and clean. Ministry is messy. Both the lives and the rooms teenagers are messy.

Don’t get me wrong, it’s definitely safer to stay out of their lives. But with so many teens broken, hurting and crying out for help…youth ministry is not about what’s safe.

It’s Not About The Crowd

That’s hard for a lot of us youth ministers to accept…myself included. We love crowds. We love big numbers. We love running programs that fill up youth rooms. We love when we have to have a waiting list for a retreat or a trip. We love when people tell us how good of a job we’re doing. We love going to places where everyone knows who we are. That’s success right?

So then what is it about?

It’s About One Person

Jesus modeled ministry for us. He left the crowd and ministered to the man that was hurting.

Is your ministry about one person? Is it about reaching out to that one teen who is across the sea, far from God, shackled and broken? Or are you focused on the crowd?

Are you doing whatever it takes to reach that hurting student? Or are you playing it safe? Are you going out of your way to love on him, or are you just doing what’s easy, just settling for the bare minimum?

But none of those numbers matter as long as there are students in your community who are far from God. Who are not being reached. Not being loved. Not being served, included, welcomed, encouraged.

Jesus is modeling ministry for us. He’s showing us what’s important. He’s redefining the win.

Now, I don’t want to leave you thinking that this is just a great theory for youth ministry, but not one that could be put into practice. I mean, chances are there are just too many students in your community for you to pour life into each one of them, one on one. I get that. But don’t let that stop you.

Yeah maybe you can’t reach out and pour into each student, but don’t use that as an excuse to reach out to none.

Capitalize on the time you do have, prioritize so you have more, and go out of your way to be where they are…wherever that is for the teens in your community.

When you’re with students, really be with them.

Not on your phone, not scrambling around getting things setup, not scrolling through Facebook or Twitter, not thinking about all the things you have to do back in your office.

You need to start considering the time you have with your students as precious. Show them how important they are to you. Tell them how much you love them. Tell them you believe in them. Encourage them. Let them know that God has called them to do great things. And always be willing to leave crowd, when you see a student alone or hurting.
And if you do that, just like Jesus modeled ministry for you, you are modeling ministry for them.

So how do I define the win in youth ministry?

When your students start bringing their friends to church because they feel loved and encouraged there…and they know that whoever they bring will be just as loved and welcomed. That’s a win.

When you see students leave a group of friends to go talk to a student that’s sitting alone. That’s a win.

When the teens want to spend all their time at church because that’s where they feel the presence and the love of God. That’s a win.

When the lives of students are transformed by a one-on-one encounter with Christ. That’s a win.

When all they want to do is share their faith with others. When they’re hungry for resources on how to do that. When they want to know how they can better evangelize at their school. That’s a win.

I don’t know if you caught it, but at the end of the story, after Jesus did all this for that one man, “the man went off and began to proclaim…what Jesus had done for him; and all were amazed.”

His encounter with Christ transformed Him from a man far from God into and evangelist who was sharing the Gospel and bringing other people to God. That’s a win. 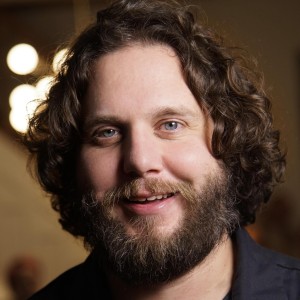 Join the conversation about How Do I Define the Win in Ministry? over in our Facebook group. GO THERE NOW
[insert page="sidebar" display="content"]