This past weekend, the east coast got slammed with snow.   What you may or may not have seen is that there were many groups that heroically still travelled to Washington DC for the March for Life. As they were trying to escape the storm they were stuck on the Pennsylvania turnpike for over a day in the middle of the storm. Franciscan University tells their story here.  On facebook, images of an outdoor mass with snow-stranded pilgrims were going viral.  One report indicated that 44 buses were stranded including those from Iowa, Minnesota, North Dakota, South Dakota, Indiana, western Pennsylvania, Ohio, Nebraska, Michigan and the seven buses from Steubenville.

Story One:  It involves buses and the good health of young participants. Let’s go all the way back to the summer of 1993. World Youth Day had just dismissed from Denver.  I missed John Paul II’s Popeapoloza as professionally I was working human services at the time… But I was watching and listening as much as you could during those pre-technology days.

I lived then in Iowa. Buses were travelling the interstate pretty heavily for a few days as youth pilgrims were returning home to the East Coast.  Iowa is often a fly-over state or, in this case, a drive-thru state.  But that was not the case this time.

Buses were pulling off the interstate and into hospitals.  The meal plan at that World Youth Day was provided by McDonald’s.  The altitude of the Mile High City and the lack of accessible water during WYD has resulted in a near epidemic of dehydration and stomach distress.  Catholic parishes and schools were opening up their buildings, feeding weary and ill pilgrims, and, overall, showing typical Iowa hospitality.   It was the center of Iowa newscasts for days.

Story Two:  I was in the middle of this one.  I was leading Baltimore’s annual youth and young adult pilgrimage, a (Word Youth Day inspired) Palm Saturday event where we walk with a 10-foot cross throughout the city with hundreds and hundreds of kids.   We knew that the weather had every chance of getting iffy throughout the day –  an unseasonal tropical downpour was predicated on what was basically an outdoor event.  The morning started off delayed because of rain, but we opted to keep going with our schedule because it looked as if there was going to be an appropriate window to get the 3.5-mile walk in.  Just in case, however, I drove the route one last time making mental notes of every potential space for emergency shelter.

We walked aggressively trying to beat the storm.  The staff was negotiating changes in programming as we anticipated arriving early to the end of the route, early for our closing mass.

We had kept the group tightly together… which, when aggressively walking with hundreds, is no easy feat.  And then the first clap of thunder hit.

I immediately diverted our whole procession into a parking garage.  I actually kind of bullied the twenty-something attendant – informing her that we were coming in rather than asking permission.  Groups huddled together in conversation, ice-breakers, and praying the rosary to pass the hour while we waited out the storm.

When we finally did arrive at the church, I and the staff greeted and congratulated everyone at the door.  In his homily, the Archbishop referred to the group as “intrepid”  – An S.A.T. word that had the kids looking into dictionaries when they returned home.

Story Three:  It is World Youth Day again, this time in Madrid in 2011.  It was the day and night of the overnight vigil experience which lead into the closing Mass.

The march out to the site was phenomenally hot.  As we entered the grounds, we were greeted by fire hoses spraying the pilgrims down and offering relief.

As we landed in our spot where we would sleep for the night, I followed a personal long held World Youth Day tradition and got in a nap.  As I awakened at dinner time,  I could see dark clouds on the horizon.  I thought to myself that the organizers must be monitoring the conditions.  Also, they certainly have the sound system and the large projection screens to advise the million in attendance of any risk of foul weather. As we neared dusk, the clouds certainly seemed more ominous, but I remain confident in the judgement of the anonymous good people in charge.

In the middle of Eucharistic Adoration with Pope Benedict, the deluge hit.  One million folks were in the middle of a rain storm and windstorm that was unlike any I had ever seen before.  Benedict heroically remained on stage in an “if the million are out there, then I will remain here” posture.  The wind actually toppled the official World Youth Day cross onto a section of bishops.  And after the storm passed – seemed like hours, but was likely twenty minutes – there was a miraculous warm breeze that seemed to quickly dry out sleeping bags, clothing, and soaked pilgrims.  And the evening’s program came to a quick conclusion after that.

But during the storm- here is my thought process.  Just days before this occurred, there was a similar thunderstorm at a Sugarland outdoor concert at the Indianapolis State Fair.  Seven people were killed and 58 were injured in a collapse of some roofing near the stage.  That did not happen in Madrid.  The Pope survived, the bishops survived, and there was only a report a day later or so of a broken foot related to a large tent collapse.

Nonetheless, as the storm raged, and the speaker and large screen structures swayed in the wind and crackled in reception, I looked over to a nearby French kid and morbidly imagined.  Ahhh, that French kid,  Jean Paul (I had named him in my make-believe story), dies here tonight under fallen staging equipment.  His village will mourn him but also celebrate him into heaven as he died in the holy grounds of World Youth Day with the Pope and the Church  And look, that German kid, Josepf, over there from Benedict’s hometown, (It was raining hard, I was cold and hallucinating a bit) he dies as well. Same sadness but also same justification.  And, finally, young Britney who had travelled under my own care from Baltimore.  She also dies.  But all I can think of is that I and my employers are about to spend years in American litigious courts getting our butts sued for putting her in such risk.

The three stories as well as the incidents that March for Life delegations faced in their travels home all come down, in my perceptions,  to the differences between being right and being righteous.

RIGHT:  being in accordance with what is just, good, or proper

RIGHTEOUS: a:  morally right or justifiable; b:  arising from an outraged sense of justice or morality

We walked away from World Youth Day experiences and righteously reminded ourselves that it is “a pilgrimage and not tourism.”   We righteously lay claim to the badge of honor of being referred to as “intrepid” by Church leadership. But, were all the choices that led up to such incidents right?

Was it right not to have a better meal and water plan in 1993?  I’m going to credit that one to we, as Church and as youth ministers, were still learning how to do mega-events in youth ministry in those days.  We did not know what we did not know back then.

Was it right to walk the pilgrimage into a storm? In hindsight, no.  It put too many at risk.

Were Madrid WYD planners right in not sharing weather information?  Was I right in not ensuring that I had access to the latest updates on news and weather with a transistor radio or cell phone calls to my local travel agent?  Again, no.

Was it right to go on with March for Life planning despite weather reports?  The national parks commission closed the mall site of the rally before the March at noon.  Many of those stuck on the turnpike seemingly did leave DC early in an attempt to beat the weather yet were caught in a traffic jam when the storm hit.  Actually, let’s ask the question in reverse: Were Boston, Cincinnati,  Fort Wayne – South Bend, Harrisburg, Portland ME, Saint Louis, and Worcester (among many others) wrong to cancel their trips over  weather concerns as well as concerns for the safety of those who would travel with them? Who is right?  Who is righteous?

In this Year of Mercy, I have righteously determined that answering that question is well beyond my spiritual pay grade.

But, here is an encouragement.  I have come to an understanding that we should work much more intentionally with right planning before an event rather than defer to righteous posturing after an event. 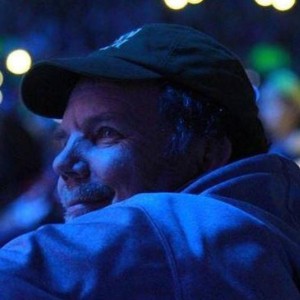 Join the conversation about On Being Right and Being Righteous over in our Facebook group. GO THERE NOW
[insert page="sidebar" display="content"]